
Envision PioneerRx in Your Pharmacy
See a Demo

Discover what PioneerRx can do for your independent pharmacy.

select a category TO LEARN MORE 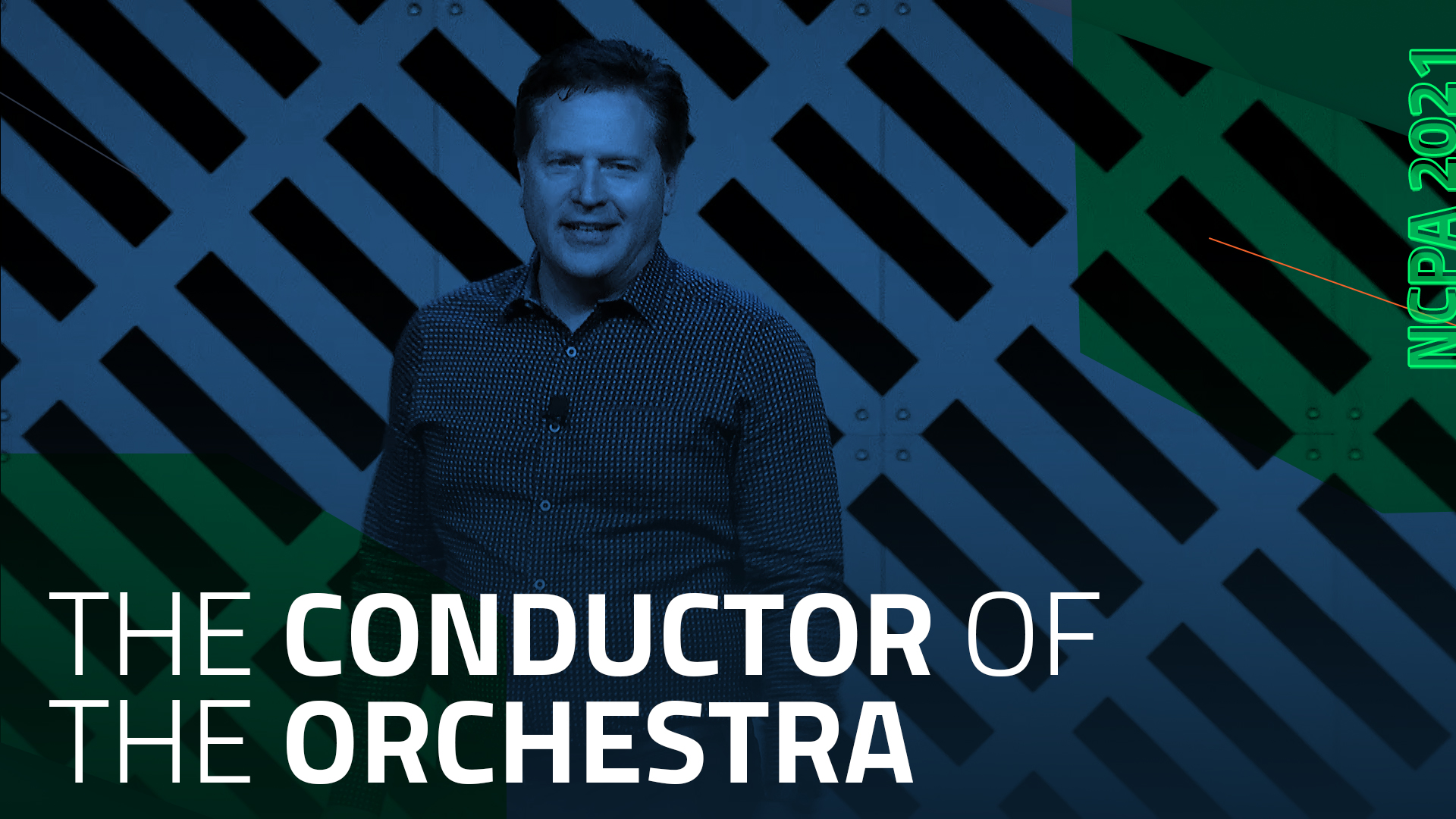 - and they need the right conductor. Independent pharmacies must find a way to band together in order to work with other entities at scale. The right technology is necessary to make a consistent, measurable, and efficient solution - and that technology is PioneerRx Pharmacy Software. PioneerRx has been voted 2 years in a row as CPESN and Flip the Pharmacy’s reigning Technology Solutions Partner of the Year. 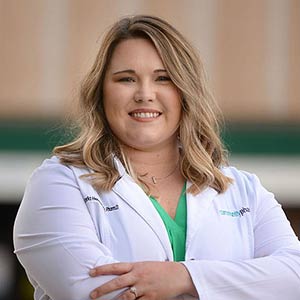 PioneerRx user Victoria Hennessey, owner of Community Pharmacy in Springdale, AR, has seen great acclaim in the media during the pandemic due to her team’s efficient, effective approach to vaccinating their community against COVID-19. Serving a uniquely challenging demographic, Victoria and her team rely on their PioneerRx pharmacy software to complete their workflow with ease.

“I knew 2 weeks into using PioneerRx that I made the right decision,” Victoria says. “And if that wasn’t proven before, my God, the way that PioneerRx responded to the vaccine rollout and made new features easier for us [definitely did].”

Drug safety compliance is an important responsibility for independent pharmacies. It can get tricky when it comes to compounded medications, since there may be multiple batches and lot numbers to trace in a single Rx. With the PioneerRx Multi-Batch Compounding feature, pharmacies can accurately record lot information when dispensing a compound medication formed from two different batches.

In this case, PioneerRx users can link information from both Batch 1 and Batch 2 and attach it to Rx 2, instead of just choosing one batch to link it to. This is essential in quality assurance situations, such as recalls. In order to accurately and efficiently track down all medications that were compounded using a recalled substance, it is important to have detailed lot information recorded and readily available.

Klein’s Pharmacy in Cuyahoga Falls, OH is a PioneerRx pharmacy with a certified compounding laboratory that offers prescription compounding services for multiple health conditions. Compounding is a major portion of the business operations at Klein’s Pharmacy, so their team is committed to maintaining high levels of safety and quality assurance.

“We need to make sure we maintain the trust of our patients and providers,” says Christina Cohn, Pharmacy Manager and Compounding Specialist at Klein’s Pharmacy. “The Multi-Batch Compounding feature is awesome because we can enter how much of each lot we are using and be able to link it to each Rx. If we ever come into some sort of quality assurance issue or need to look something up, it is so much easier to track that down and requires much less manpower to figure it out.” By using their PioneerRx pharmacy software, the team at Klein’s can responsibly and accurately manage their compounding services with ease. “This update is huge for us because I feel a lot more confident in things not being accidentally missed because it's not fully linked to the lot it came from,” adds Cohn. “I'm really excited about it.”

eCare Plans are automatically generated as you update your patient’s profile and can be submitted to CPESN directly within the software.

The software intuitively works to document your patient interactions in the proper formats for payer submission.

PioneerRx is the Most Powerful, Customizable, and Intuitive Retail Pharmacy Software. Explore our comprehensive feature set below, then visit the Pharmacy System page to learn more about our mobile apps and other technology integrations.

Our customizable and intuitive workflow allows you to run your pharmacy in the way that works best for you. By making processes more efficient, you are able to do more for your business and your patients.

Interactive Voice Response (IVR) is an effective solution for reducing bottlenecks in workflow caused by time spent on the phone. IVR frees up your staff from repetitive phone calls about topics like general pharmacy information, prescription refills, and prescription status. By including an IVR solution in your pharmacy, you can automatically route phone calls to save time, reduce interruptions, and even send customized outbound messages.

MedTel IVRx is a cloud-based solution that seamlessly integrates into PioneerRx, enabling you to automate prescription refills, send outbound notifications, customize auto-attendant settings, and route phone calls. MedTel can scale to fit the size of your business and your unique needs, and it integrates into your workflow to help you run your pharmacy more efficiently and elevate your patient experience.

If you have multiple pharmacy locations, it may feel like you’re constantly trying to be in two (or more) places at once. With the Central Office capability, PioneerRx users can access all of their stores’ data at any time. Manage all of your reporting, dispensing, pricing, patient profiles, accounts receivable, prescriber information, and other data sharing between all of your locations with ease.

Having a well-managed inventory is the foundation of a successful pharmacy business. Automate ordering and manage even the most complicated inventories with ease.

Don't miss out on opportunities to improve your bottom line. PioneerRx pharmacy software features robust reporting to give you insights into every aspect of your business.

When we say fully integrated Point-of-Sale, we mean it. Not only can you complete patient transactions, you can also be alerted about potential interventions, see other medications in queue, track patient loyalty status, and more.

Extend your reach beyond your pharmacy. Streamline cycle filling, manage facility billing, and generate custom MARs and physician orders based on each facility's unique needs and structure.

Protect Your Pharmacy's Data with PioneerRx

Backed by the Most Trusted Names in Security Analysis

More than anything, PioneerRx customers love their dedicated support team. Each pharmacy is assigned a support team made up of certified pharmacy technicians, accounting specialists, and hardware support.

Schedule a demo today and see how PioneerRx can transform your pharmacy.
See Demo

PioneerRx has the Highest Customer Satisfaction

‍PioneerRx leads the market with the most installations while simultaneously having the most satisfied customers.

Pharmacists who use PioneerRx are more likely to recommend the software to a friend. 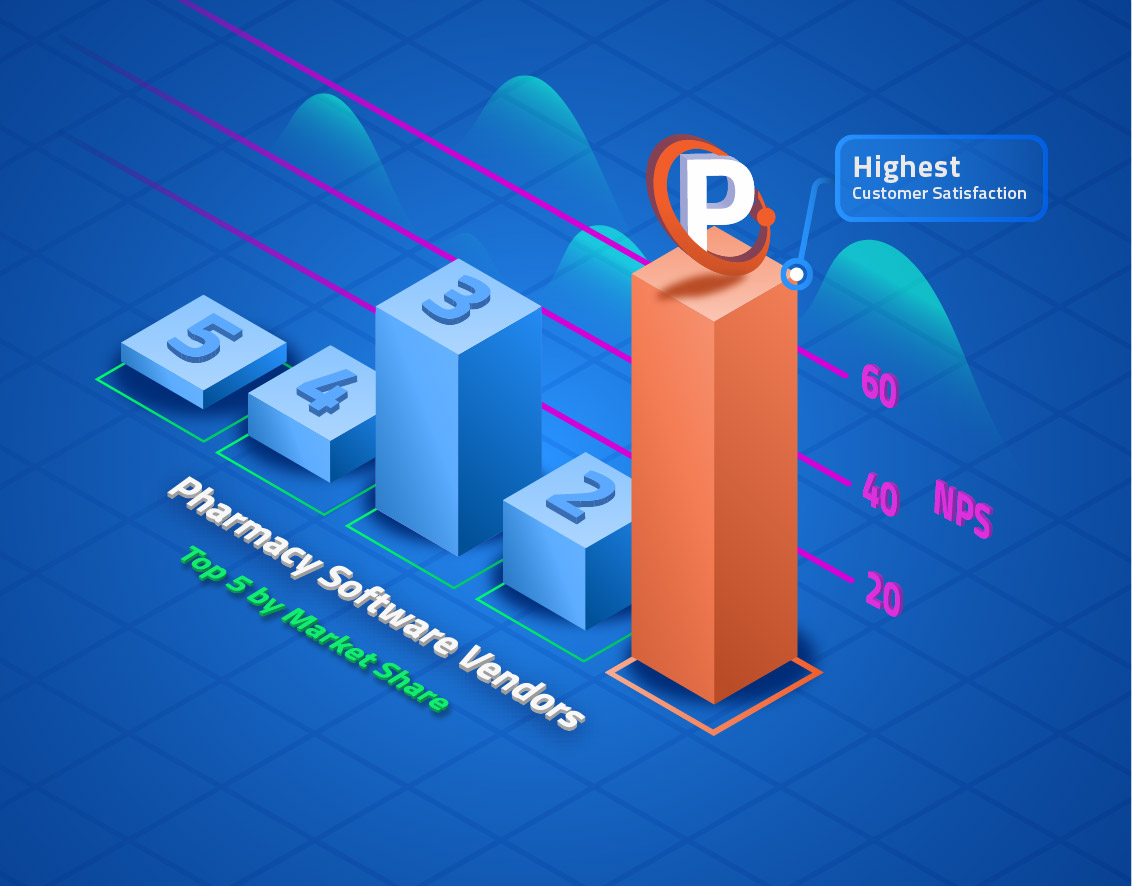 See how we stack up against the competition at PharmacySoftwareReviews.com
% of Pharmacies Converted
Software Vendors 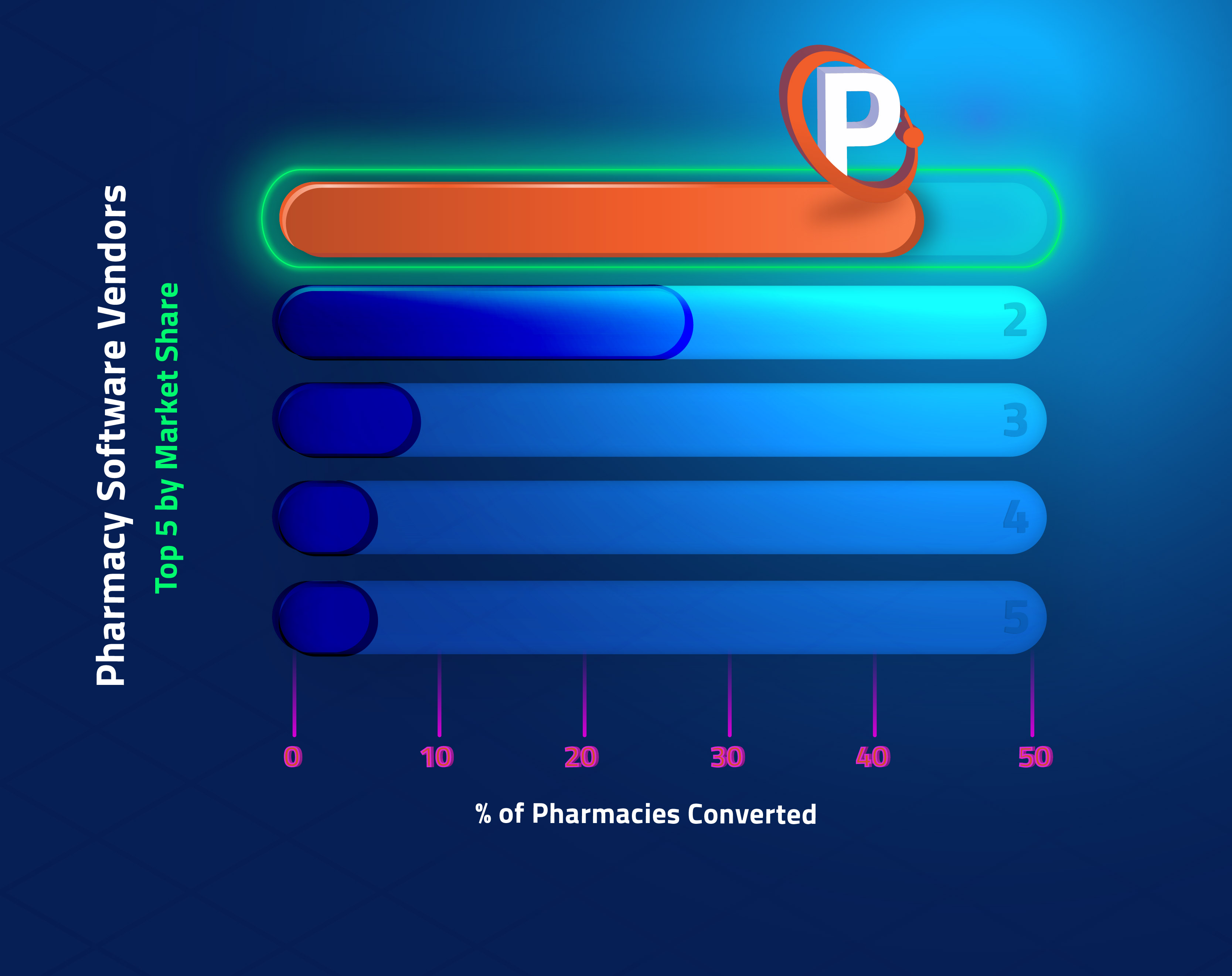 Almost half of pharmacies that converted software in the past 2 years chose PioneerRx as their new vendor.