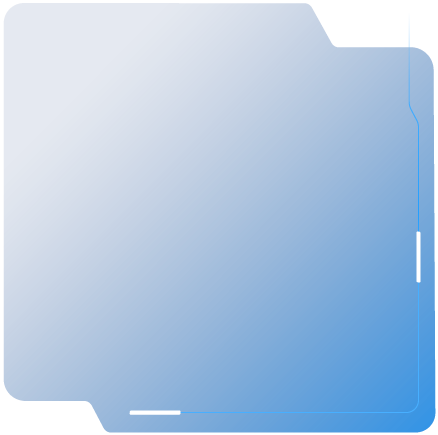 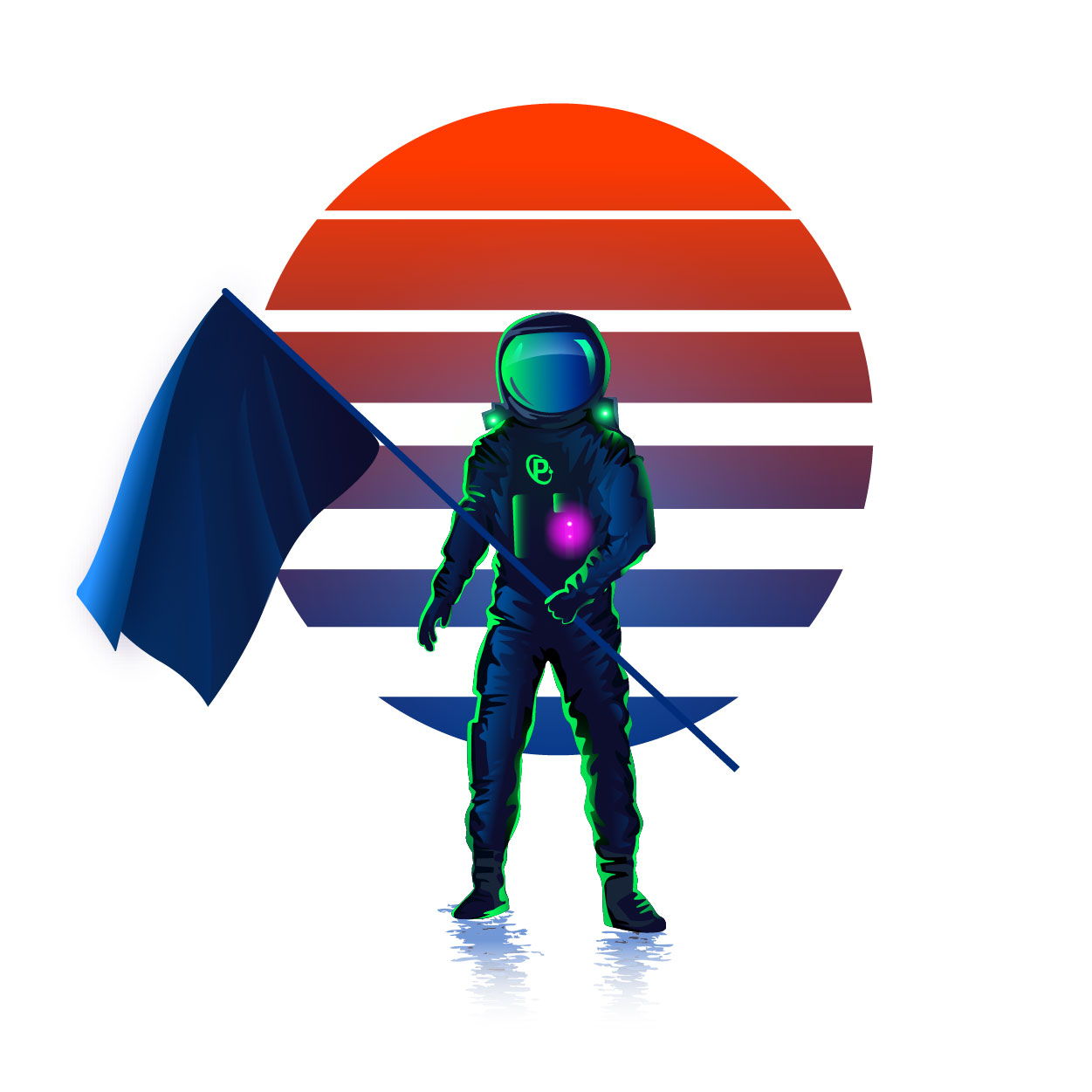 For the past 25 years, Doug Hoey has dedicated his life to serving and representing community pharmacies nationwide. Throughout his career, Doug has held many positions: from working the counter at his family’s pharmacy, to developing curriculum and teaching classes at local pharmacy schools, to fighting for pharmacy reform on Capitol Hill. No matter the position, though, Doug has kept his focus clear: strengthening the future of independent pharmacy. In his current role as NCPA’s CEO, Doug represents more than 21,000 pharmacies and more than 250,000 pharmacy professionals. He oversees procedures, develops policies, and plans how to move pharmacy forward.
Organizations
Notable Achievements
Areas of Focus and Expertise

For the past 25 years, Doug Hoey has dedicated his life to serving and representing community pharmacies nationwide. Throughout his career, Doug has held many positions: from working the counter at his family’s pharmacy, to developing curriculum and teaching classes at local pharmacy schools, to fighting for pharmacy reform on Capitol Hill. No matter the position, though, Doug has kept his focus clear: strengthening the future of independent pharmacy. In his current role as NCPA’s CEO, Doug represents more than 21,000 pharmacies and more than 250,000 pharmacy professionals. He oversees procedures, develops policies, and plans how to move pharmacy forward.
Learn More
Organizations
Notable Achievements
Areas of Focus and Expertise

“I believe a community with an independent pharmacy is a better community. There’s something that pharmacy can bring to a community that’s missing without it. I really believe that.”

B. Douglas Hoey, CEO of NCPA, was born for community pharmacy, or at least, he was born into it. His father opened a pharmacy the year Doug was born, and from the age of 12, Doug worked his way up from janitor to pharmacist. He worked various pharmacy positions in Oklahoma, Texas, and even a brief stint for a large chain pharmacy in Colorado (which only affirmed his passion for community pharmacy). Doug eventually responded to a NCPA job posting for an Associate Director of Management, Professional, and Student Affairs, and he found himself moving across the country to Arlington, Virginia. One of his first meetings at NCPA is one that has shaped his mindset:

"I was sent to a meeting, and I was in awe of the people who were there. It was a real who’s who of pharmacy. They were the people I was reading about in magazines or have heard about in pharmacy school – they were in this room. I’m just in awe. As we started talking about whatever the topic was, they said things that weren’t right. They were disconnected from the real world and the real practice of pharmacy. I was very disappointed that all these people I admired just didn’t know what was really going on in the community pharmacy. I swore that day that if I ever lose the pulse or know what was really going on in the community pharmacy, that’s my last day on the job."

Although he considers his time with NCPA a “footnote” in the organization’s 119 years, Doug is driven by the feeling of knowing they are making a difference in the industry. “I know that sounds so cliché,” he adds. “Our members probably aren’t waking up every day and thinking about NCPA, but we’re thinking about them as we’re working and making progress on their behalf,” he says.

NCPA’s approach to progress is a bifurcated one, according to Doug. As NCPA listens to pharmacists and works on conquering today’s challenges, they always keep an eye on what’s around the corner. One of the major shifts Doug has noticed during his tenure is the use of data. “He who controls data is king,” he says. “Unfortunately, that’s the PBMs in this case.” PBMs have increasingly abused their ~power~ over the past twenty years, and NCPA has worked to advocate for pharmacists who deal with DIR fees. Doug recently met with Dr. Tom Price, the U.S. Secretary of Health and Human Services, to alert him to the negative effects of DIR fees. “I got to carry that message on behalf of our members that DIR fees are bad for pharmacists, patients, and taxpayers,” he explains.

As NCPA works to alert governmental authorities about these issues, Doug finds the more successful pharmacists are taking a proactive approach. “There is so much you can do with data, like predictive analytics. We think pharmacists are ideally situated to help patients who are the costliest, but they have to have the data to prove it,” he says. “We think companies like PioneerRx are enabling pharmacies to be able to have their data to affect those care situations and make pharmacists more valuable than they already are.” Of course, the PBMs are having damaging effects on pharmacies, but Doug notices the pharmacists who are taking advantage of the tools and data they already have. “Their needs are totally different,” he notes. “Instead of engaging in the same fight that’s been going on for twenty years, they’re now asking about health plans and getting into pharmacy networks. It’s just a totally different conversation.”

These pharmacies who are changing the conversation and taking proactive steps to be profitable are engaged and active within their industry. Of course, joining NCPA is one way to get involved, but Doug says the key to starting is to recognize how important it is. “I think having that realization of how important being active is, is the first step.” Next, pharmacists need to actually get active, which has different definitions. Being politically active means building relationships with your elected officials and investing in politics monetarily. “It’s like that old saying, ‘Money is the mother’s milk of politics.’ As unseemly as that may be, you have to pay to play, so to speak,” he explains. The third way pharmacists can get active is to step up and acknowledge all they do for their patients and community. Doug says, “I would push pharmacists to be a bit more vocal about the good they do because people will miss it, especially in this fast world where information is being thrown at them all the time. People will miss it if it’s too subtle.”

To help accelerate the innovation of the community pharmacy industry, Doug spearheaded NCPA’s Innovation Center, an initiative that unites industry executives to develop strategies for furthering the growth and impact of independent pharmacies. Jeff Key, President of PioneerRx, is one of the members of the Innovation Center. As he works closely with the other members to bring ideas to the table, Jeff has seen Doug’s true motives in their meetings. “This isn’t just a job or bureaucratic obligation for him,” Jeff says. “As we’ve worked together on the Innovation Center, Doug’s actions make it clear that he is truly passionate about independent pharmacy. It shows in everything he does.”

Doug has spent his whole life immersed in community pharmacy, and that includes his time with NCPA. “Every once in a while, someone may say that I don’t relate to pharmacists since I’m not practicing in a pharmacy,” he says. “I take umbrage to that, but I always keep that in mind because I want to stay connected and not be like those folks in that meeting twenty years ago.” One of the reasons pharmacists ultimately choose to pursue pharmacy is to change lives for the better. They can all recall that amazing feeling of changing a patient’s life. Doug gets to impact thousands of pharmacies and millions of patients’ lives each day through NCPA, and it’s a duty he takes personally. “I believe a community with an independent pharmacy is a better community. There’s something that pharmacy can bring to a community that’s missing without it. I really believe that.” 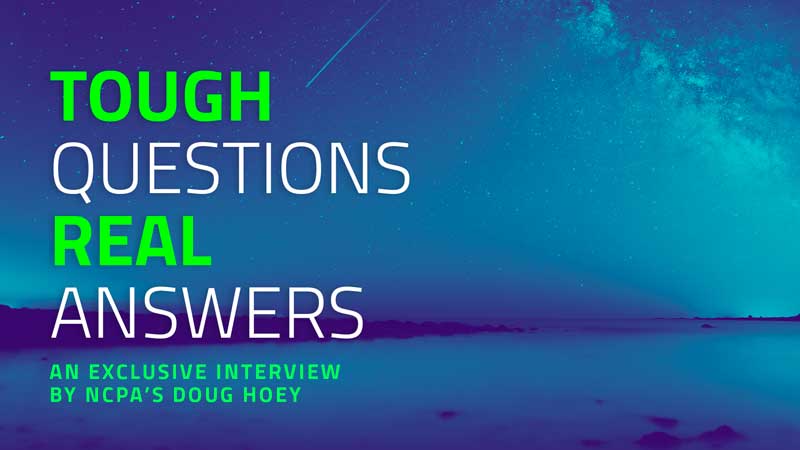 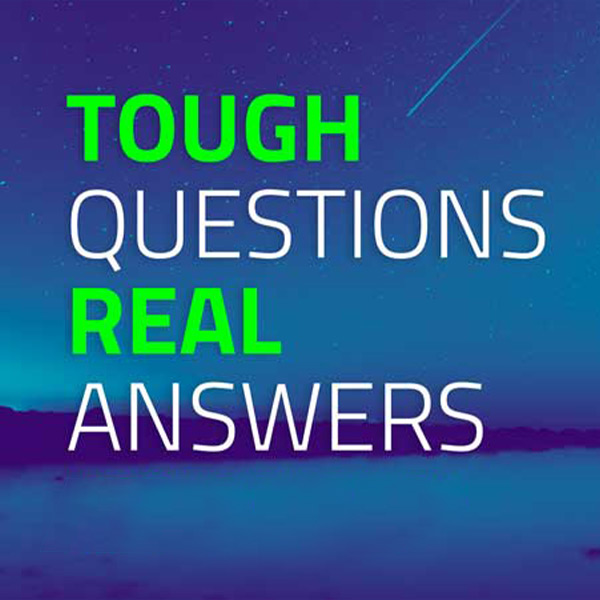 RedSail and PioneerRx: An Exclusive Interview 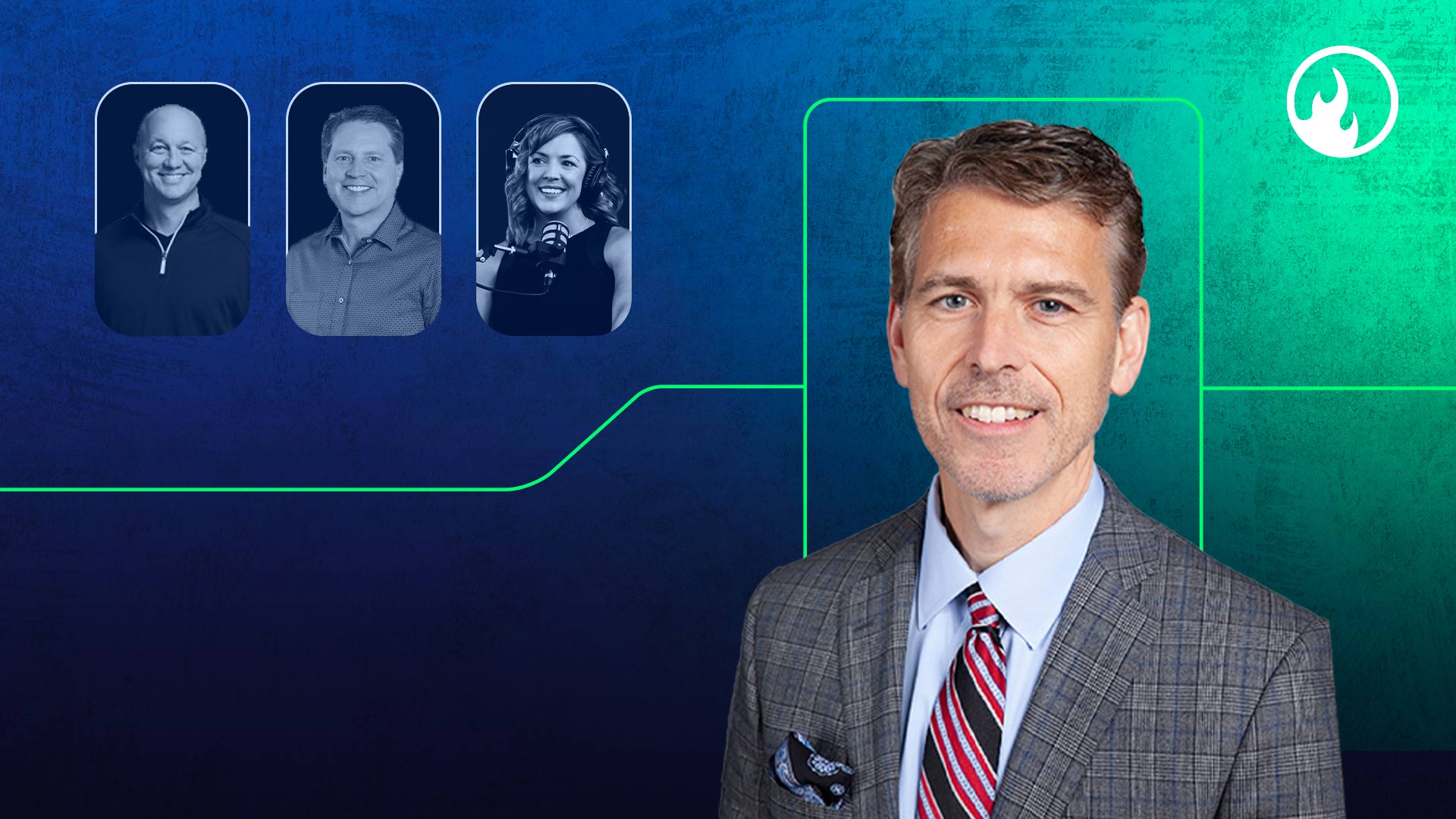 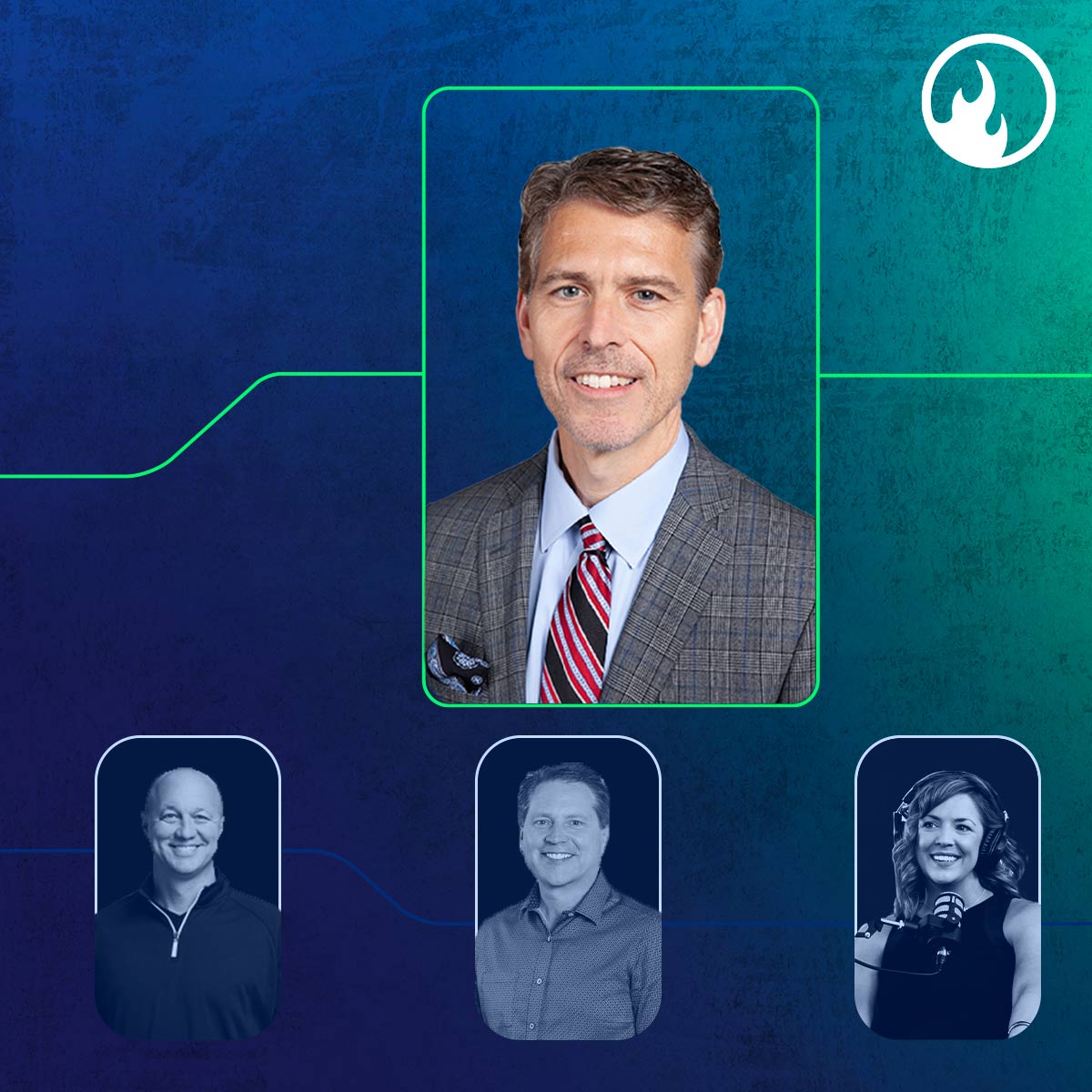 Part 1: Check in on the PioneerRx + RedSail Merger 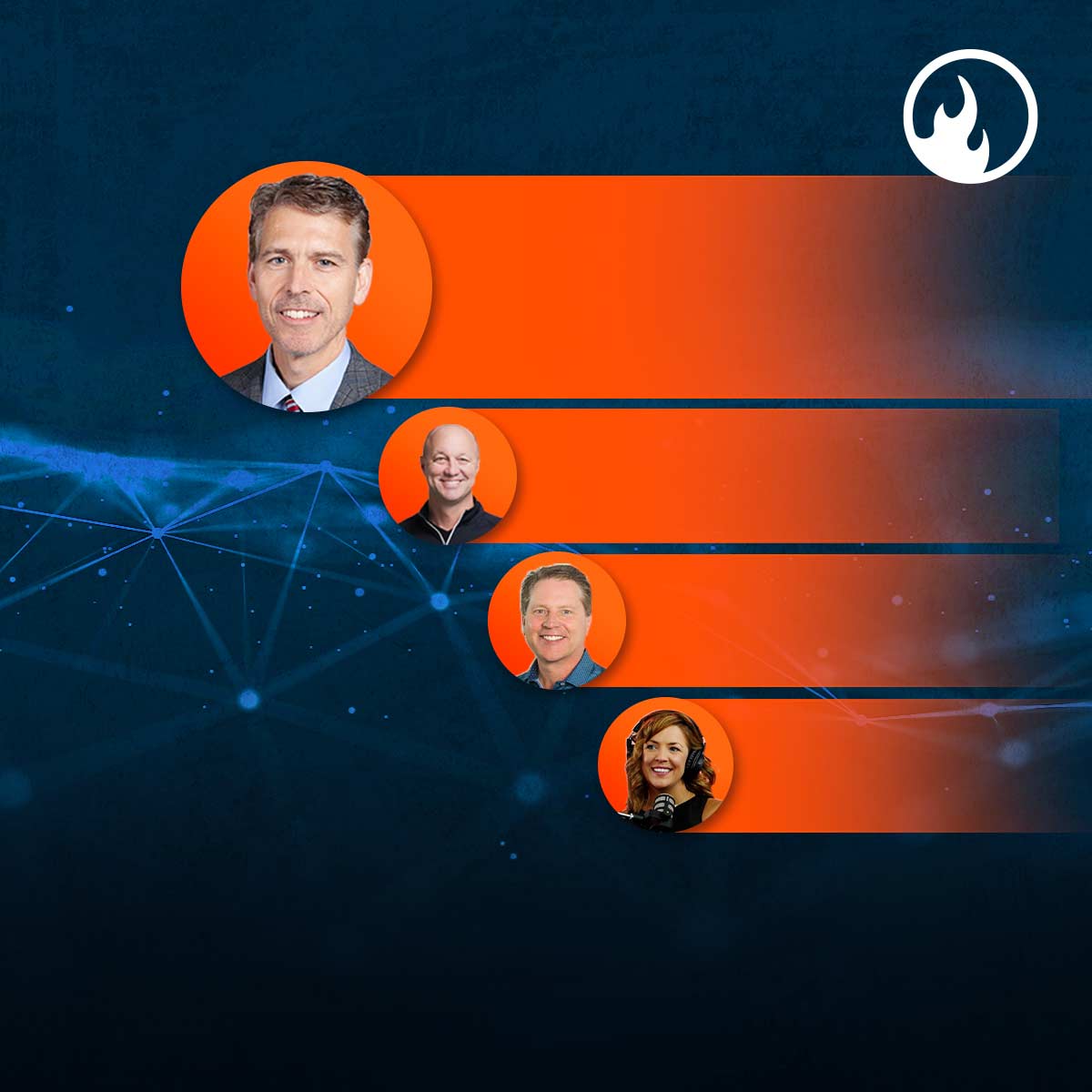 Part 2: Bringing Independents Together Through Technology 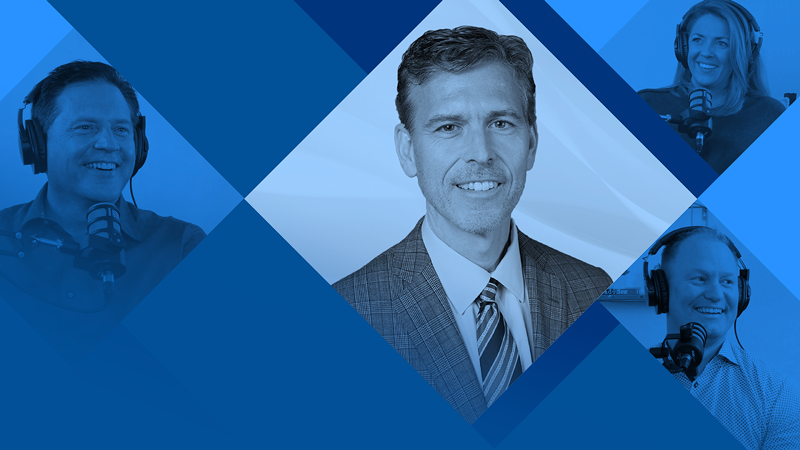 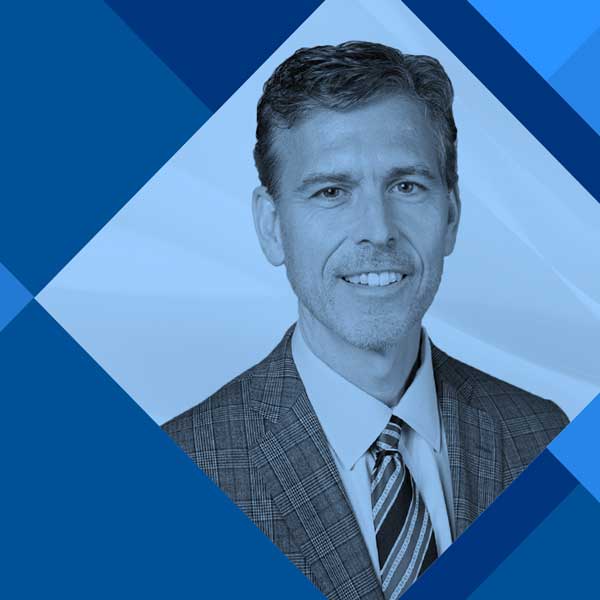 This weekend, the National Community Pharmacy Association (NCPA) hosted their 2020 Annual Convention where Jeff, Mark, and Marsha had the opportunity to sit down with CEO Doug Hoey. Growing up in his father’s pharmacy, Doug has transformed from a superhero in a small community to the head of a national organization, and he’s taking every eager pharmacy with him to the top. Learn first-hand how NCPA is advocating for independent pharmacies on provider status, the pharmacy payment model, COVID-19 vaccination administration, and more while getting to know the man at the front of it all.
Legislation • Payment Model
Guest
Doug Hoey

Watch
Listen
Episode Details 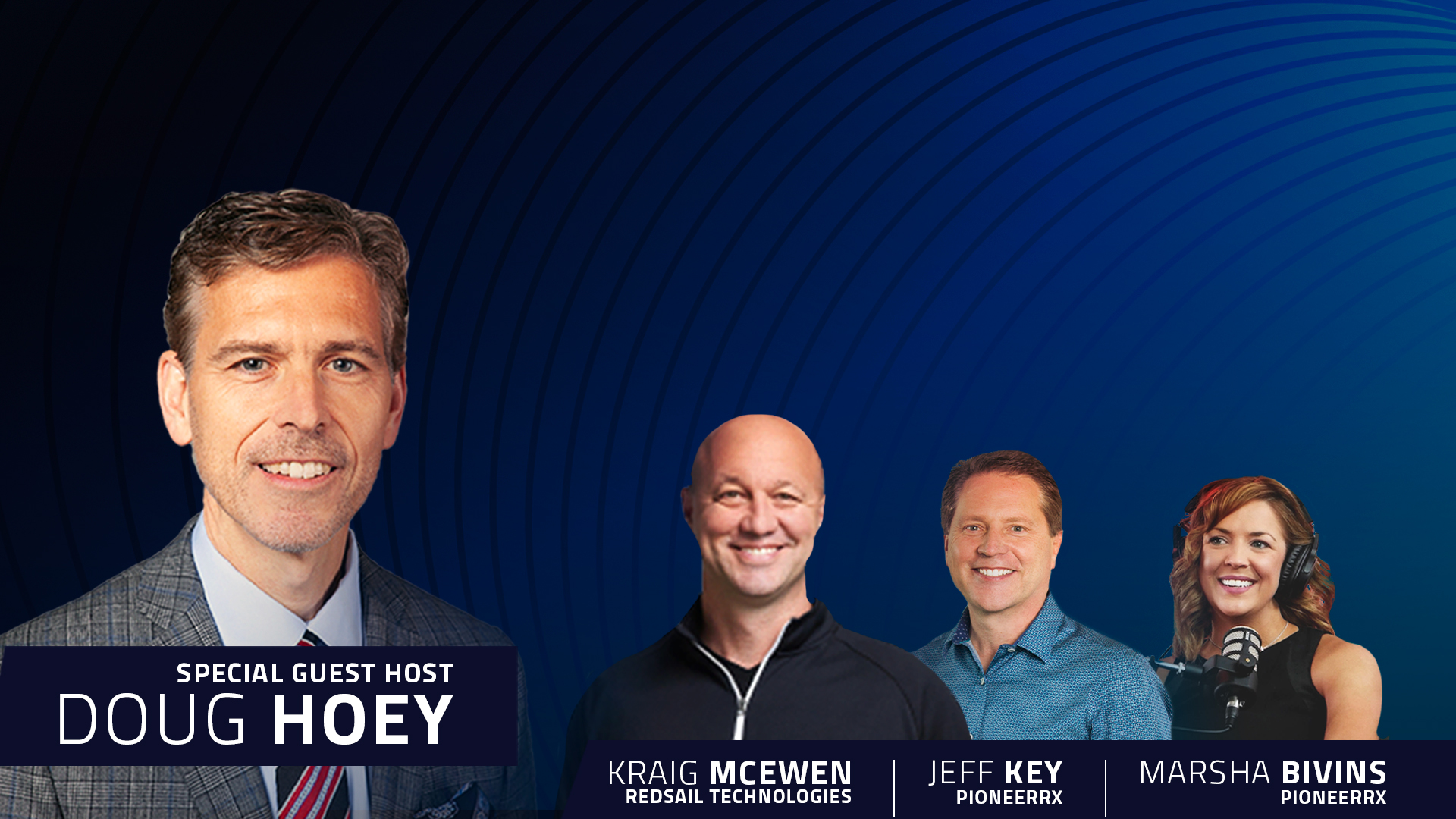 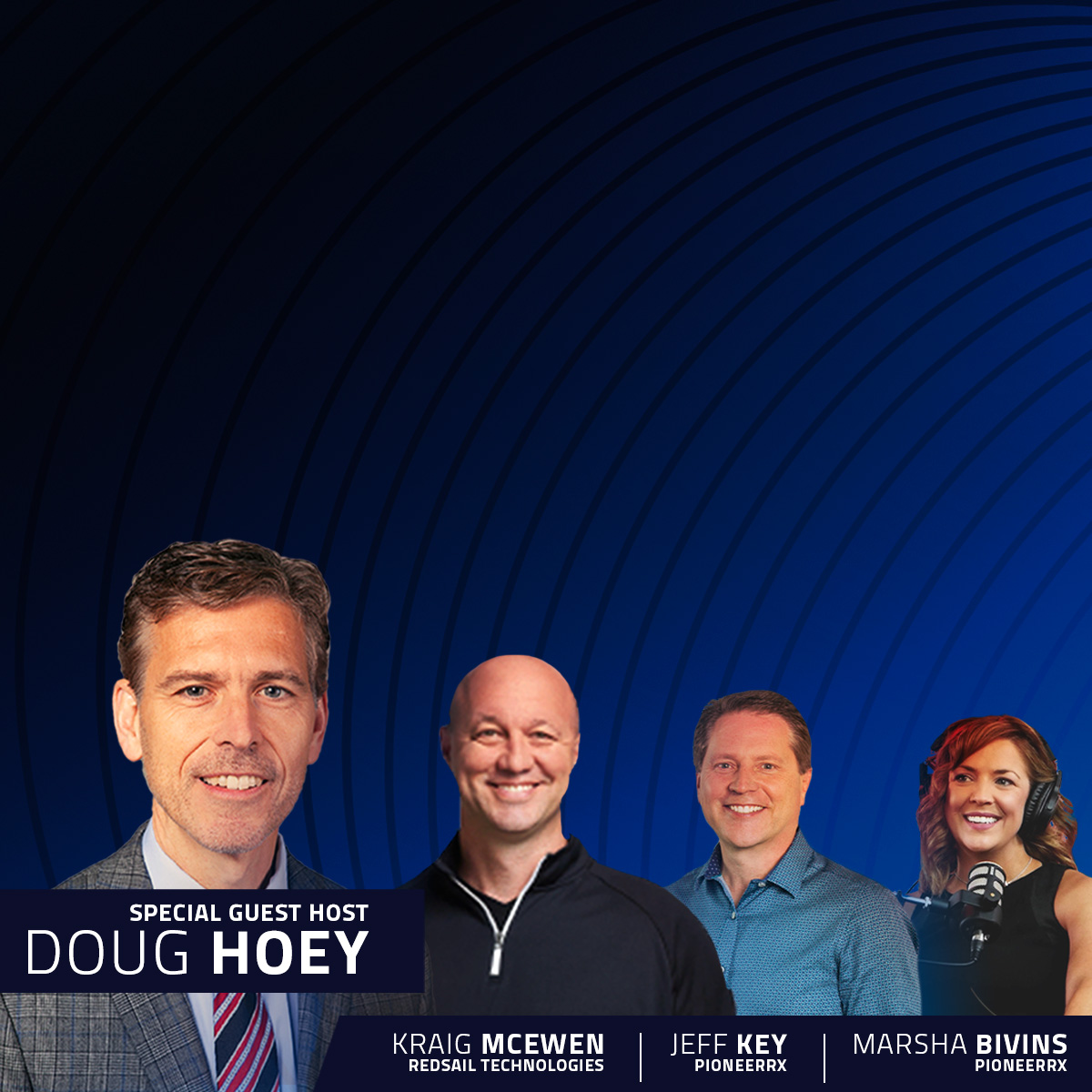 In the Hot Seat With NCPA CEO Doug Hoey 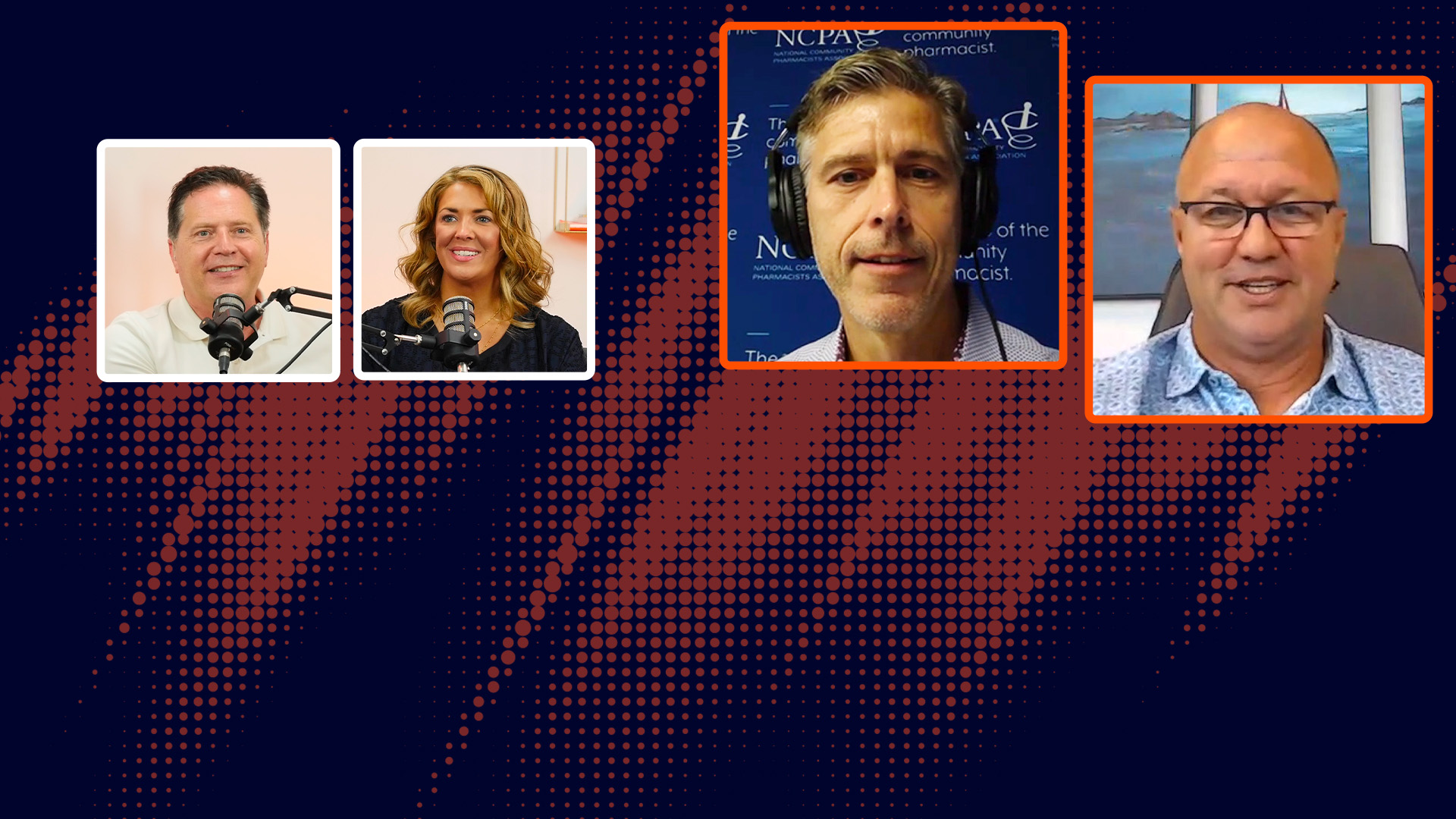 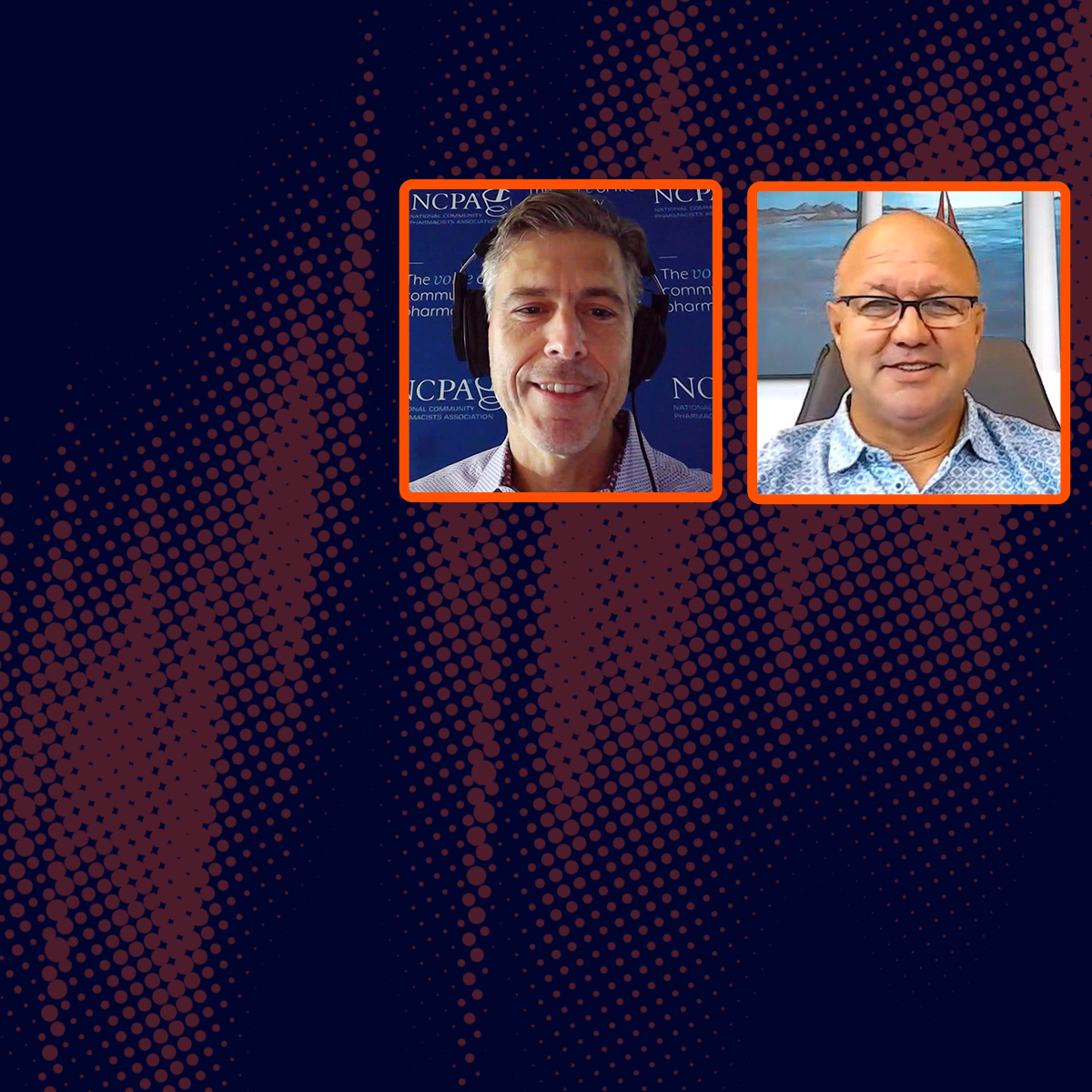 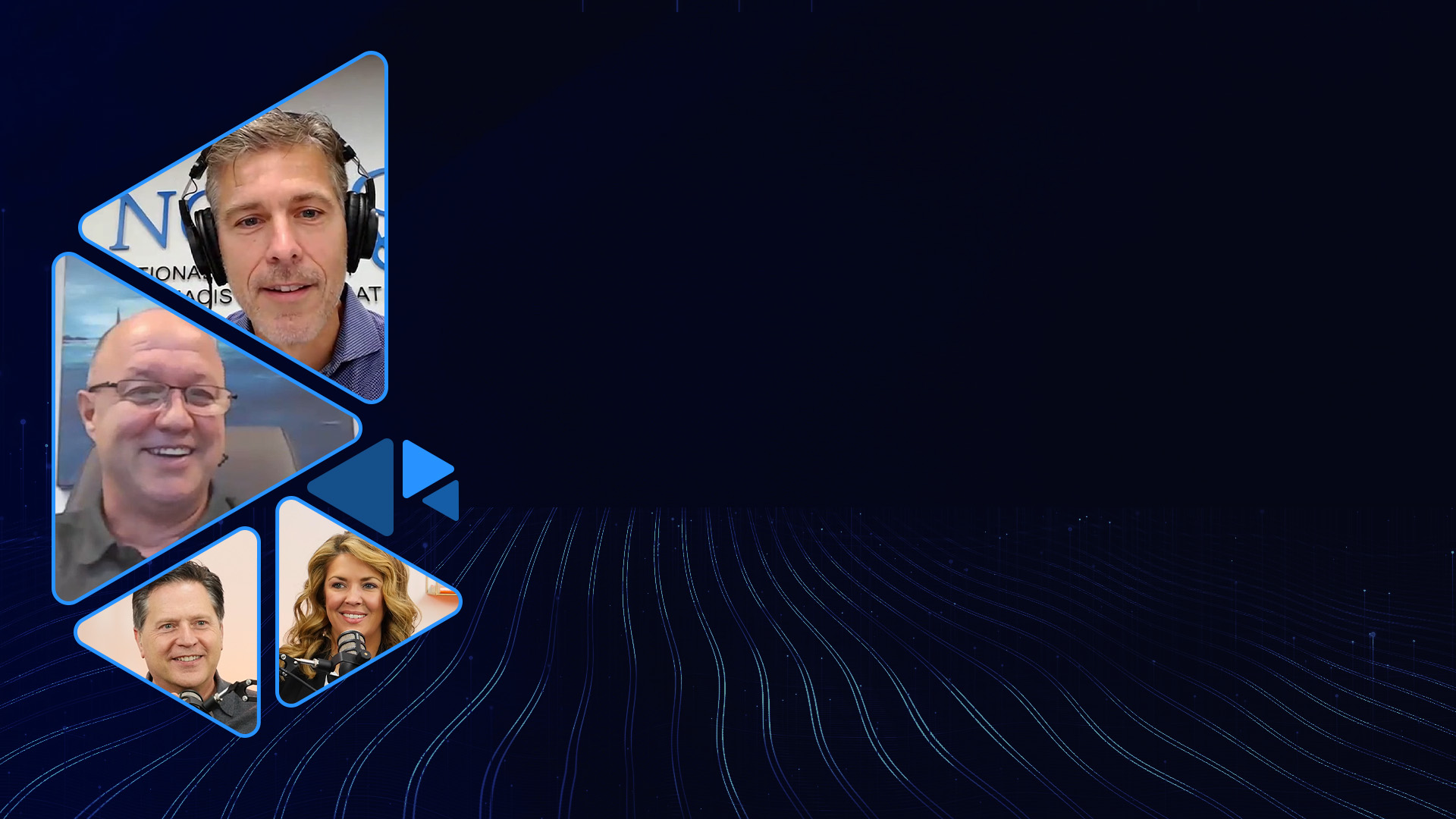 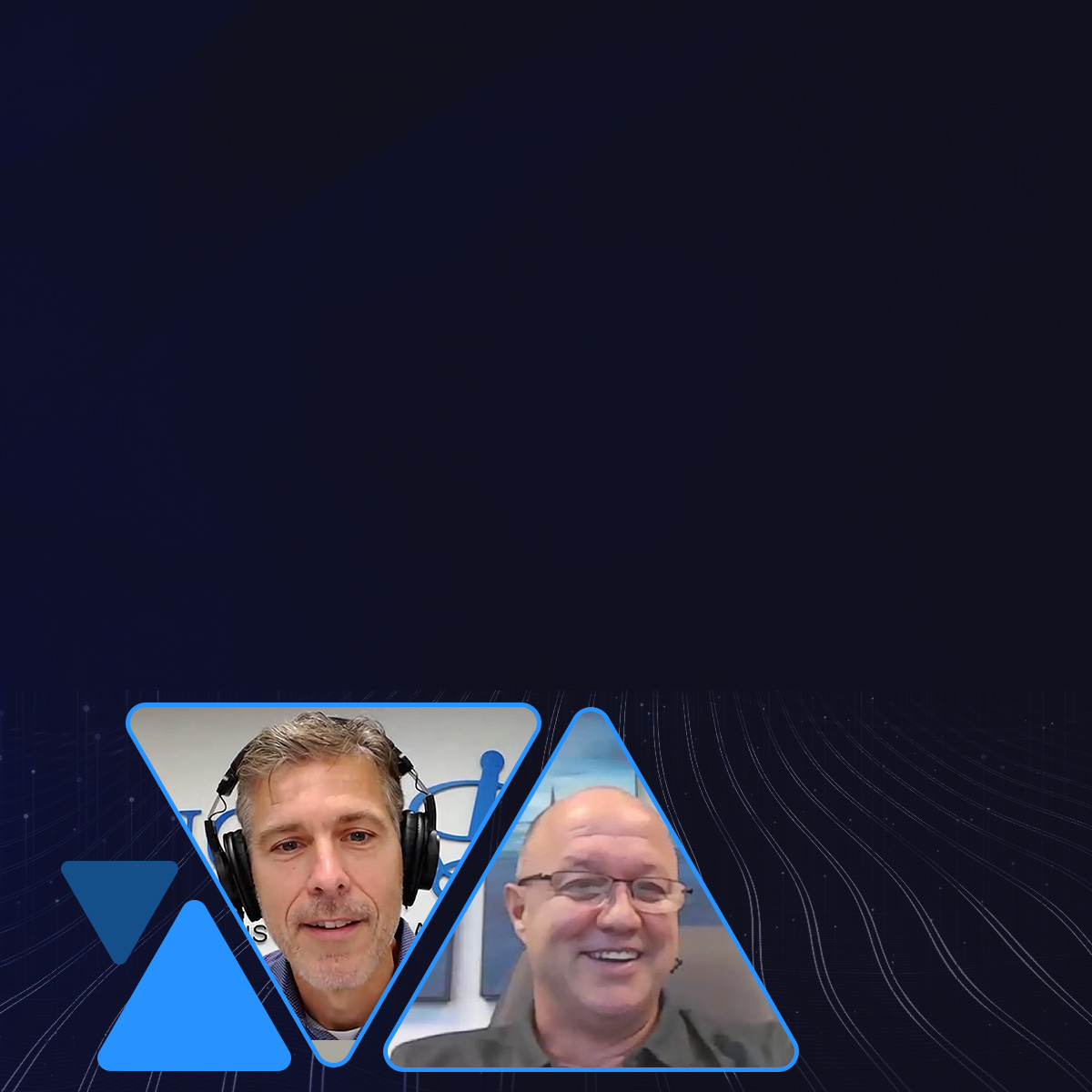 The Pharmacy Forecast With NCPA + RedSail